With the arrival of February, the Greater Phoenix Area knows Spring has arrived! What could be better after enduring chilly wintry daily average temperatures of 76 degree days in November, 67 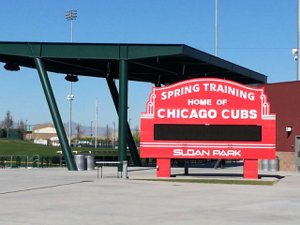 As a boy, I would often find myself thinking about summertime and baseball during the waning days of school. Couldn’t wait to get the baseball mitt out and start swinging the ol’ bat. Now that I’ve grown up, and live in Arizona, I can get just about all the baseball I can handle this time of year!

The Cactus League started back in 1946, with the first teams being the Cleveland Indians and the New York Giants. Talk about tradition! 2015 will be the 69th year! And each year, the anticipation of the 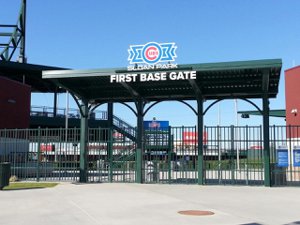 start of baseball season grows in the hearts and minds of true baseball lovers. Having the Cactus League in one metro area, makes it so convenient to see all the baseball you want, and still have time to enjoy other aspects of the Greater Phoenix Area, including world class hotels, superb restaurants, great sightseeing (have you heard of Sedona, the Flagstaff area and the Grand Canyon? Your camera will be thanking you!).

It is a great time to get closer to the action. First of all, if you go to a game, you will notice that the stadiums are smaller and more intimate. For example, Salt River Fields, the stadium where the Arizona 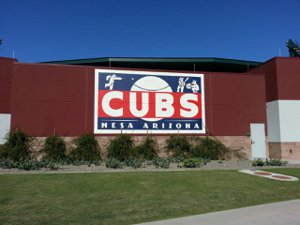 Diamondbacks and Colorado Rockies play their home games, has a seating capacity of 11,000. You feel closer to the action, and yes, the umpire can hear your encouraging words!

Another benefit if your schedule is flexible is that the practices are open to the public and FREE! You can often catch the practices on a separate field at the same complex where your team plays. If you are in town and have the time, and want to see your favorite players at “work,” likely the best time to attend a practice would be a week prior to the start of the games. The Cactus League provides each team with the opportunity to work with their squads and fine tune in preparation for the regular season, by playing real games.

Game ticket prices are reasonable, and for the true baseball fan, it is possible to attend more than one game in the same day! The stadiums where the teams play are less than an hour apart, at the most, making the Metro Phoenix Area “Baseball Town” this time of the year. You can see games in Scottsdale, Phoenix, Tempe, Surprise, Mesa, Peoria and Goodyear. Some baseball fans even consider renting or investing in a home so they have a place to stay during the season. (We really like those people!)

There are 10 stadium and 15 Major League Baseball Teams that practice and play in the Metro Phoenix Area during Cactus League. 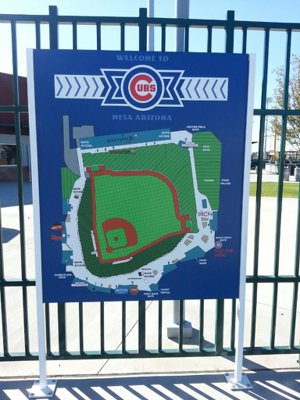 Here are the ballparks which host Cactus League Games:

Between early March and early April, there are more than 210 games played, in Metro Phoenix! Better make plans right away, this is a popular venue here. Last year more than 1.6 million sports fans

attended Cactus League baseball games here in the Grand Canyon State. Great sunny weather, 15 teams, 10 ballparks, seeing your team up close…what other reason do you need to visit Phoenix? If you already live here, this is a perfect time to pick an afternoon and play a little hooky…this is big time baseball, after all! It might just be a good idea to set a goal for yourself to see at least one game in every ballpark!

Perhaps I’ll see you at a game, and if I do, I want to hear you singing, “Take me out to the ballpark…”during the 7th inning stretch!